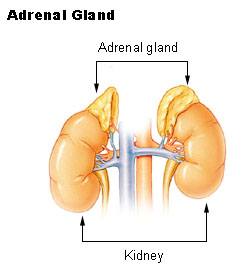 Dr. Ahmad has performed more than 1000 robotic surgeries, including robotic gastric bypass, robotic sleeve, robotic hernia procedure, robotic anti reflux procedure, robotic colon operations and robotic gallbladder surgery. He is recognized in Long Island as one of the most advanced robotic surgeons in the country. Dr. Ahmad founded and is the director of the Robotic and Bariatric Surgery Center of Excellence at Mather Northwell Hospital. This is the only intuitive certified epicenter in Long Island for robotic bariatric surgery as of June 2020.

Adrenalectomy is performed to remove a tumor in one of the adrenal glands, the small, triangle-shaped organs that sit on top of the kidneys in the back of your upper abdomen. The adrenal glands produce several hormones and chemicals, including estrogen, progesterone, cortisol, cortisone, steroids, Adrenalin (epinephrine) and nor-epinephrine. An adrenal tumor may require removal if it is large, suspected or confirmed to be cancerous, or making the gland produce too much of one or more of the above-mentioned substances. Because the adrenal glands are so small, they usually must be removed entirely in order to remove the tumors.

Laparoscopic adrenalectomy not only offers candidates less postoperative pain and a faster recovery, it also produces smaller scars (three or four incisions of 1/4- to 1/2-inch instead of a single 6- to 12-inch incision) and a lower risk of wound separation or hernia after surgery. Under general anesthesia, the surgeon inserts small tools and a camera into the abdomen and carefully removes the adrenal gland.